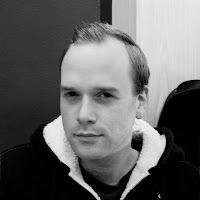 This article aims at painting a picture of the political movements for lesbian, gay, bisexual and transgender rights in the United States as they developed in the 1970s and were in the early 1980s. By no means does the author claim that the text is exhaustive – on the contrary, much can indeed be added to these words. Further, terminology in this text has not been adapted to the context of 1960s-1980s. For example, terms like “queer” were not used in the same way as here and “bisexual” was for many a person waiting to take the full leap to “gay” or “lesbian”. However, the article will hopefully provide the reader with useful insights.

The US LGBT movements have always worked from a position of relative exclusion from mainstream society. While this exclusion has sparked many vile phenomena, from state-sponsored homophobia to the advice among queer friends not to wear too tights jeans if visiting any place in the country not situated on a coast, it has also given birth to a vibrant, diverse and comparatively militant movement. This was indeed the case in the early 1980s. After the legendary riots in New York City in 1969, sparked by the events around Stonewall. Inn and Christopher Street in late June and early July, lesbian, gay and transgender political activism sprung up in cities around the US at a pace previously unseen. After 1969, queers in the US found themselves, quite suddenly, out. Up until 1969 the lesbian and gay scene had been a secret affair (patrons of Stonewall Inn were looked at through an eye-sized hole in the door and deemed “gay enough” before admitted). Society had harsh morals, and in many cases legislation, barring access to public life – in the streets, in the nightlife and in the public sphere.

After the summer of 1969 activists began calling for rights – from the abolishment of state sodomy laws to a paradigm shift regarding how doctors and psychiatrist viewed and addressed “homosexuality”. Work was carried out through both classical political activities, such as marching and lobbying, but more direct action methods, such as occupations and sit-ins, were also employed. Many battles were fought and many victories won. Simultaneously, the community came to a realization that the people constituting the queer movements often do not share common causes. Some viewed drag queens and their art as derogatory towards women; others claimed that racism and white hegemony wasn’t dealt with within the community. Others still wanted to put social and class issues, such as housing for queers cast from their families or shut out from a market that legally would discriminate against queer tenants (which is still the case in many states), at the front. This created gaps between people leaning more to the left or right on the political scale; between women and men and between people of colour and white people. Subcultures formed new groups, organizing bisexual people or circles for people practising BDSM, to give two examples.

On the political scene, several open lesbian and gay people entered public office during the 1970s. Outside of politics, everyday life changed during the 1970s as well. Nightlife in larger cities such as New York City and San Francisco transformed radically. Clubs were allowed to exist more openly and venues catering to a clientele looking to express sexuality, such as bathhouses, were established. Locations offering dark rooms to allow casual and anonymous sexual activity appeared.

All branches of US society did not welcome this progress with open arms. Most notably, political forces within Christian movements and the Republican Party viewed the emerging LGBT culture and their political gains as something that must be stopped. Several Christian national movements were fashioned with the purpose to halt the liberalization. Tension rose. The 1970s ended as violently as the previous decade, when Harvey Milk, an open politician in San Francisco, was murdered. In May 1979, the perpetrator Dan White was found guilty of “voluntary manslaughter”, i.e. the most lenient conviction possible. The San Francisco police had raised funds for the defence of White, and people of a demographic traditionally sympathetic with White’s values composed the jury. This created outrage among LGBT activist, culminating in the White Night Riots, on 21 May. Thousands of protestors clashed on several sites in the city. Many of the police covered their badges to avoid identification. Gay bars were raided by police in riot gear. Some 140 people were injured.

The coming out of the movements during the 1970s had made an impact – 1980 began with the Democratic Party adopting its first platform on “homosexual rights”. Things were looking bright, but changed radically and forever when AIDS made its entry in the early 1980s. Early on the condition was coined “gay disease” and “the punishment from God” by the champions of the religious political opposition to LGBT rights, such as the notorious rev. Jerry Falwell (the very same Falwell who made himself world famous in 1999 by marking Tinky Winky the Teletubby as gay). Although knowledge about the condition was at best hazy and the research in very early stages, mass media was quick to adopt a truth that AIDS was connected to gay men. This led to a double backlash. Firstly, it gave new wings to fear-driven homophobia. Secondly, because of the victimization of an already subordinate group in society, it was not difficult for politicians to ignore the problem.

Ronald Reagan, the republican president who entered office in January 1981, the same year the first medical journals started to describe AIDS, didn’t publically utter the word “AIDS” until his sixth year in office, in 1987. In 1985 Reagan (without mentioning the actual term) questioned whether children living with HIV should attend regular schools. During his 1980 campaign, Reagan had referred to the LGBT community as such:
“My criticism is that [the gay movement] isn’t just asking for civil rights; it’s asking for recognition and acceptance of an alternative lifestyle which I do not believe society can condone, nor can I.”

During the first years following the discovery of AIDS, research, education and community programmes alike were chronically underfunded by the state. Needless to say, Reagan’s silence and destructive politics made him a central target early on for LGBT activists. 1980s LGBT activism largely became the same thing as AIDS activism. The positive offshoot of the opening of space in the 1970s had paved way for a party culture. That culture was shocked with the entry of something as horrible as a condition no one had much information on, but seemed to give you deadly cancer with names such as “Kaposi’s sarcoma”. As liberation had also meant sexual liberation, and sex-positivism was at the heart of much activism, the fact that AIDS seemed to be a sexually transmitted infection struck a hard blow. Denial was a common reaction. Many attribute the “waking up” from the shock to Larry Kramer, a writer and activist, who in 1982 co-founded the AIDS-service organization Gay Men’s Health Crisis (GMHC).

In March 1983, Kramer wrote the essay 1,112 and Counting, in which he indignantly rejected the poor response of the US health complex to AIDS, but also raged and his fellow gay men, whom he claimed refused to see what was going on. Kramer called for action, in a style that took militancy to a new level (he would not hesitate to out closeted gay men in public health institutions or throw a drink in the face of a prominent politician), which led to his expulsion from GMHC, but also inspired people. In 1985, Kramer wrote the play The Normal Heart, a story of AIDS in 1981-1984, seen through his alter ego Ned Weeks, a work later dubbed “one of the 100 greatest plays of the 20th century”, by the UK Royal National Theatre.

LGBT activism related to AIDS in the early 1980s was in many respects directed at the government and the media, both putting up an astounding ignorance. As people were dying at an already alarming pace, death held a prominent position in the politics. The lack of public attention fuelled the militancy in the activism, but also the more artful means of protest. Among the more memorable is the NAMES Project AIDS Memorial Quilt, conceived in 1985.

Important to mention is that the dominance of AIDS pushed out other issues, such as demands from lesbian and bisexual women, as well as feminist perspectives. Many female activists laid their energy in AIDS activism in solidarity with their male friends. Further, lesbian activism also occurred through female-exclusive groups and networks. Rage and sense of urgency mixed with inventive and camp methods characterized the AIDS activism, which in the later years of the 1980s and early years of 1990s was to grow increasingly militant and separatist. Prominent texts such as the Queer Nation Manifesto (1990) have many of their roots in the early 1980s – a point in LGBT history when activism by default meant opposition against the establishment.
Posted by Larp Organizers at 11:00 PM